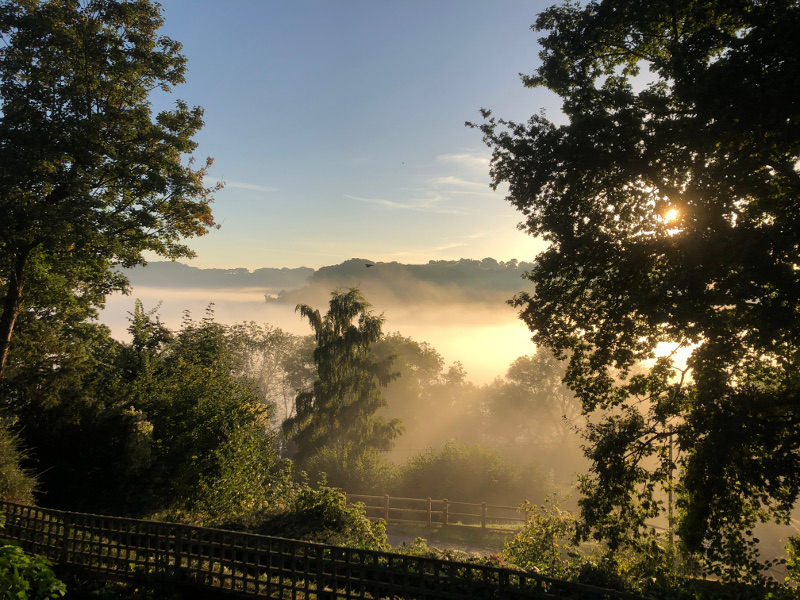 Early morning in Symonds Yat West, from one of our many footpaths

Whitchurch and Ganarew Parish is blessed with the largest number and greatest length of footpaths of any parish in the whole of the United Kingdom.  We have 104 officially recognised public rights of way, with a total length of over 40 kilometres (that’s 25 miles in English money).

In years gone by there were many more than this, but some were abandoned years ago, and others were buried beneath the A40. To put this in some sort of context, Goodrich parish has 37 footpaths, Llangarron has 29, Welsh Bicknor has 8 and St Weonard’s parish has just 5 footpaths.

The good news is that the vast majority of our footpaths are in a very good condition and clearly being used by walkers and cyclists.

We have some splendid paths within the parish, the best known of which is the Wye Valley Way, which runs from the source of the River Wye right down to it’s confluence with the River Severn.  Other paths make up the network of highways that were essential when the entire population worked on the land, as foresters, farmer labourers, quarrymen or miners.  These paths were essential routes for getting to work, going to school, going to church and getting to the pubs.

One route which I would recommend to anyone with an interest in the history and natural beauty of the area is footpath WC9, still known to some as White Rocks Lane.  It runs from the Forestry Commission car park above King Arthur’s cave eastwards towards Symonds Yat.  It’s a wide path and well surfaced in most places.  It was obviously a very important route between the Doward and the river and built for taking a horse and cart.  It zigzags down towards the river then turns north at Symonds Yat, running along the side of a cliff before joining up with Wye View Lane (aptly named, because the views are spectacular).  Wye View Lane takes you back up onto the top of the Doward or you could take one of the paths which branch off it which lead down to the river and the pubs.

There is a very good online public rights of way map provided by Herefordshire County Council which you can find by clicking the button below:

If you come across any problems, such as potholes on the BOATs, or blocked or partially obstructed footpaths within the parish report them directly to Herefordshire Council using their public rights of way reporting website:

Public Rights of Way: Advice for Farmers and Landowners

Herefordshire Council, in conjunction with Balfour Beatty, have produced a very useful leaflet setting out rights and responsibilities with regard to public rights of way.

You can view or download the leaflet by clicking on the images below:

Public Rights of Way: Advice for Farmers and Landowners 1

Public Rights of Way: Advice for Farmers and Landowners 2 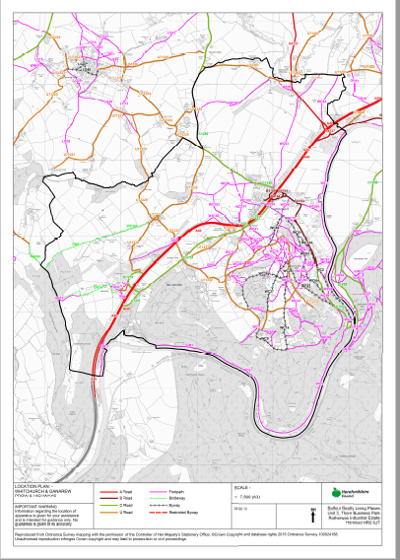 Symonds Yat and the River Wye. The Birthplace of Tourism

Whitchurch & Ganarew Group Parish Council confirms that they have to the best of their ability tested the website and are satisfied that all reasonable precautions have been taken so that it conforms to the latest government accessibility requirements.

External links are selected and reviewed when the page is published. However, the Parish Council is not responsible for the content of external websites.